Bants aside, over the past 10 years, Twitter has grown to be a source of livelihood, companionship and information. This ban as declared by the Federal Ministry of Information and Culture has a ripple effect on millions of Nigerians. Here are six ways Nigerians will be affected by the ban:

Many Nigerian small businesses use Twitter as their sole storefront while others combine efforts with other social media platforms such as Instagram and Facebook. For smaller businesses, owning a Twitter account sidesteps the hassle of sourcing and renting a physical store. Bigger businesses use Twitter to update customers on new products and address immediate concerns about their product or service. With this ban, these businesses will be cut off from loyal users as well as potential markets.

Alongside the banter tweets across the timeline, tweets like this often go viral.

Minorities which include smaller ethnic groups, the LGBTQ community, the differently-abled community and other underrepresented groups use Twitter to discuss issues that affect them. This helps them gain visibility and many times, help from random strangers on the internet. This also applies to atrocities committed by the government or criminal cases such as the Lekki Toll Gate Shooting or robbery hotspots across the country which might otherwise go without any demand for accountability. More recently, people tweet pictures of their missing loved ones in hopes that someone has some information about them.

Nigerian youth use Twitter as a source of news. As Television and radio compete with social media platforms and streaming services, Nigerian youth rely on Twitter as a source of information. Many Nigerian news platforms break news on their Twitter accounts. The government often uses Twitter to pass information across the country. Without Twitter, the government is more or less out of touch with its people.

Twitter is a good way to learn things you would otherwise not know. For example, many UX designers say they found UX design on Twitter alongside a community.

Other times, it’s practical things like how to use a VPN.

As the economy worsens, more and more Nigerians use Twitter to crowd raise funds for health purposes, academic purposes and sometimes even day to day survival. Many times, Twitter users have contributed enough money to see a family through distress. With a ban, such opportunities would be deprived of people who have no other alternatives. 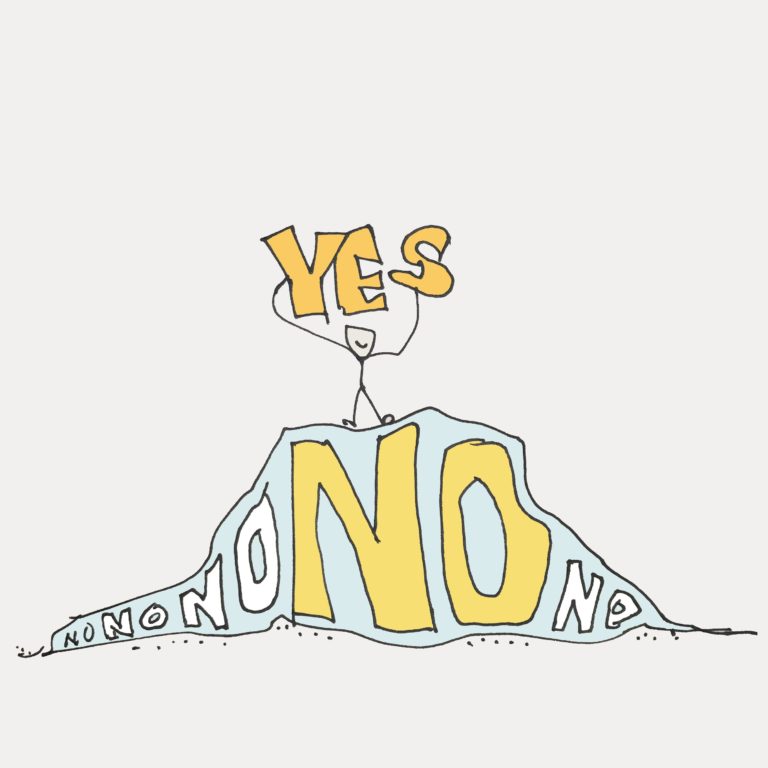 Will You Be Voting In The Elections? We Asked Nigerians, And They Have Very Mixed Feelings About It.
Citizen
Boyin Plumptre
February 21, 2019

Will you be voting?

Buckle up, a lot happened this week. View this email in your browser 14- 1 – 2019 This is Zikoko’s Game of Votes Weekly Dispatch. We share the most important things leading up to the 2019 General Elections, and why they matter. 5pm. Every Monday. Stay woke.  IT’S 33 DAYS TO THE GENERAL ELECTIONS And a TON happened […]

No NLC Strike For Two Weeks: We Been Knew
Citizen
Doyin Olagunju
September 28, 2020

Yesterday, we wrote on how the NLC and its 4 million members would go on strike if they did not reach an agreement with the federal government.  Well, the NLC has suspended its strike for two weeks, meaning some agreements were made for the meantime. This is everything the newspapers are not telling you they […]

Yesterday, November 24th 2020, the UK parliament, at the Westminister Hall debated e-petition 554150, relating to Nigeria and the sanctions regime. The debate was led by Theresa Villiers MP, and it suggested sanctions for members of the Nigerian Government and police officers who have been involved in human rights abuses. The parliamentary debate has generated […]

He Left Petroleum Engineering to Teach In the Village. What Did He Learn?
Hustle
Ama Udofa
January 16, 2022

Itodo Samuel Anthony taught math, chemistry and physics in the village for six years and won got selected in the top 50 at the Global Teacher’s Prize. How did he achieve these feats?

In this episode, Aunty Z! gives advice to to a 23-year-old male virgin, and 19-year-old who is in a dilemma with a man twice her age.

Today’s Man Like is @YemiiDavis, an art director and 3D designer. He talks about developing a thick skin after being bullied for his albinism, growing up as a true omo pastor and the mental health scare that led him to therapy.

QUIZ: Only People Who Paid Attention in Sunday School Can Score 11/15 on This Quiz
Quizzes
Prisca
January 16, 2022

Your score on this quiz will tell us if you paid attention in Sunday school or you spent the entire time waiting for it to end. Take the quiz:

Emily has stayed in Paris and barely survived, but can she survive here in Nigeria? Read this to find out.

A Guide to Being the Best African Daughter
Her
Mariam Sule
January 15, 2022

African parents have the highest standards for their children, especially the daughters. We compiled a list of steps to take to help you be the best daughter you can be.

Quiz: What Kind Of Romantic Partner Are You?
Quizzes
Ope
November 11, 2019

Everyone has something to say about what kind of person they are. But how well do we truthfully evaluate these things? Not that much, I can assure you. The average person is always lying to themselves to make sure they look good. But you know what and who doesn’t lie? Zikoko quizzes that’s what. Take […]

QUIZ: How Much Of An Ajebutter Are You?
Quizzes
NerdEfiko
February 12, 2020

Are you an ajebutter or not? Well, if you’ve gone through life blissfully unaware of its harshness, then you probably are. Now, we want to know just how high you rank on that ajebutter scale, using your food preferences as a (very accurate) measure. Take to find out:

Today, we are going to be using your taste in music to determine how good you actually are in bed. All you need to do is create the ultimate Nigerian hit — from the lead artist to the producer — and we’ll tell you if all your partners leave satisfied, or if you are just […]

Colours are more than something the eyes see, they’re also a representation of behaviours and personalities. Take this quiz and we will tell you which colour best describes your personality. Let’s begin.

QUIZ: How Many ‘Use Of English’ JAMB Questions Can You Get?
Quizzes
NerdEfiko
April 20, 2020

Last week, we made a quiz that tested if you were smart enough to nail real Common Entrance questions. Now, we’ve taken it up a notch with real ‘Use of English‘ JAMB questions. It’s time to see if you’re smarter than the average SS 3 student. Take the test:

7 Of Our Best Quizzes From November 2021
Quizzes
Tuntamilore
December 1, 2021

It’s the last month of the year! Celebrate by taking some of our best quizzes from last month.

Twitter is back! That’s just a little reminder that 2023 is not as far as we think. So here’s a quick recap of four promises made to Nigerian youths in the 2019 electoral campaign.

“I Chose Cape Town Over England Because of the Beauty” – Abroad Life
Citizen
David Odunlami
January 14, 2022

Today’s subject on Abroad Life visited Cape Town in 2016 and swore she had to move there. A few months later, a job that paid 10x of her Nigerian salary poached her to South Africa. To her, Cape Town is the perfect balance between Nigeria and the UK, where she’s a citizen.

It’s the last day of the year and we have some advice for you:

If you missed any Abroad Life stories this year, it shouldn’t be these ones.

Abroad Life tells the stories of Nigerians who japa’d, but many times, the stories have a shocking twist.

From jaw-dropping stories of grand-scale internet fraud to heartbreaking stories of family betrayal, these are the top 10 most-read Abroad Life stories of 2021.

Omicron is in Nigeria — Here’s Everything You Need to Know
Citizen
Ama Udofa
December 23, 2021

Why is everybody sick these days? Some say it’s malaria and harmattan. But it could be the coronavirus. Here’s everything you need to know about Omicron and how to stay safe during Detty December.

Today’s subject on Abroad Life got tired of studying geography and decided to go abroad to chase her dream — becoming a pilot. She shares the origins of her passion for flying and why she decided to hide her plans from her parents for over a year.

If You’re On This List, The Red List Was Made To Spoil Your December
Citizen
David Odunlami
December 14, 2021

If you’re an IJGB, a Lagos club owner, or you fall on this list somehow, news of the Red List probably means you’re going to have a clean December.

Where do you fall?

“We Lost Everything We Had in South Africa, But We’re Not Going Back”- Abroad Life
Citizen
David Odunlami
December 10, 2021

Today’s subject on Abroad Life moved to South Africa after her husband persuaded her to join him for greener pastures. She talks about her struggles settling in, the thrill of starting a successful business and the acceptance that came with losing it all.

Everything We Know About the Killings and Protest at Ojodu Berger
Citizen
Conrad Johnson-Omodiagbe
December 7, 2021

On December 7, 2021, a truck was reported to have killed over a dozen school students in Lagos state.

Here’s everything we know.