Everything We Know About The Ongoing Violence In Plateau State

On August 14, 2021, unknown armed individuals attacked a convoy of five buses and killed at least 22 travellers along Rukuba Road in Jos North Local Government. According to multiple reports, the victims were returning to Ondo State after attending an Islamic festival in Bauchi state. Reports also say that another 23 people were injured, while 26 people escaped unhurt.

One thing was clear: this was another security issue for the Plateau state government to deal with. In an effort to manage the escalating tension, the governor, Simon Lalong, imposed a 6 p.m. to 6 a.m. curfew in three local government areas of the state: Jos North, Jos South, and Bassa.

However, a curfew couldn’t stop the fresh attack on human lives that plagued the state in the following days. In one incident, unknown people raided Tafi-Gana, a village in Bassa local government on Tuesday August 17, 2021, killing at least five people in the process.

Subsequently, academic activities in the state were affected as the management of University of Jos suspended the school calendar and shut down student hostels.

Between the time the latest spate of violence erupted in Plateau state and now, at least six state governments have ordered the evacuation of their indigenes, mostly students, from Jos for fear of reprisal attacks. The states include: Oyo, Ogun, Kaduna, Enugu, Abia, and Delta states.

The tension in the state rose to a new high on August 25 when armed men suspected to be herdsmen invaded Yelwan Zangam, a community in Jos. The rampage claimed over 30 lives.

Following the attack, angry youth in the community staged a protest to the Plateau State Government house and dumped more than 20 corpses — victims of the previous night’s attack — at the main gate of Plateau’s seat of government.

At the moment, it is unclear how the state government plans to manage the situation. However, the governor has imposed a 24-hour curfew on the affected local government areas in the state. 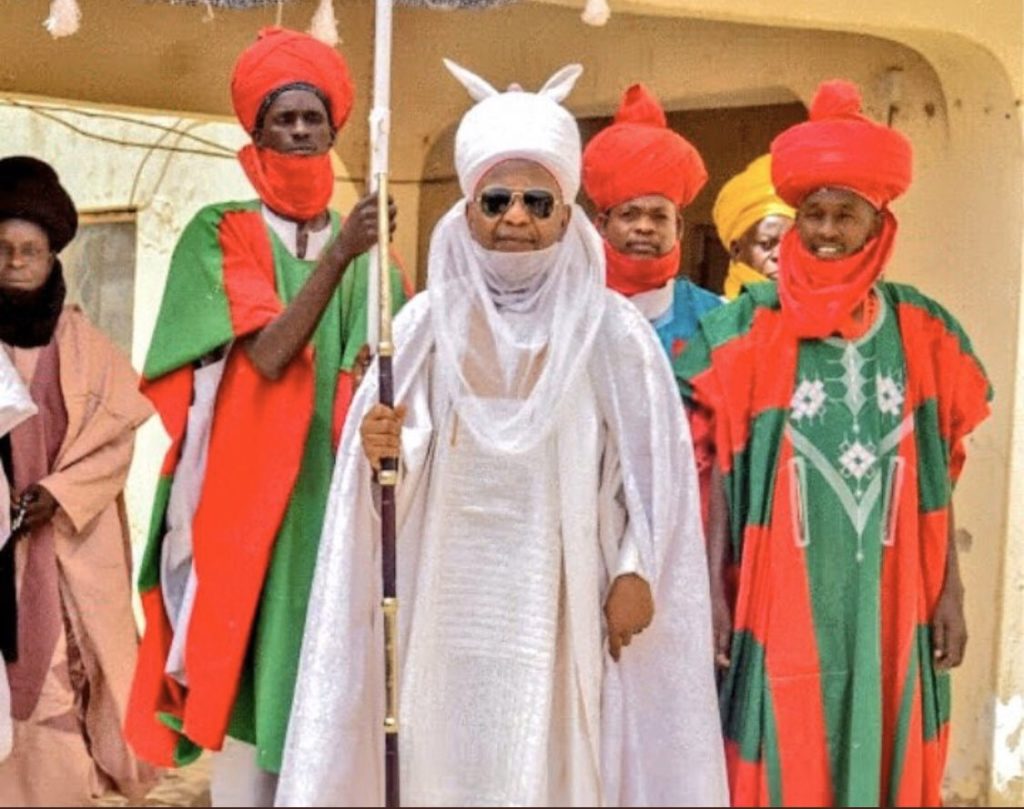 The Emir Of Rano, Alhaji Tafida Abubakar, Has Passed Away
Citizen
Boyin Plumptre
May 4, 2020

Over the last few days, Kano State in Northern Nigeria has been thrown repeatedly, into the throes of mourning. The latest loss is the life of Alhaji Tafida Abubakar, the Emir of the newly created Rano Emirate. He was 74 years old. What led to the death of the Emir of Rano? While the passing […]

Yesterday, President Muhammadu Buhari spoke out for the first time on the #EndSARS protests (he actually tweeted). He stated that the there is a determination to end the Police, and that he is being briefed regularly on reforms to end the police brutality and unethical conduct, and to ensure that the Police are fully accountable […]

COVID-19 Update: Africans Will Not Be Guinea Pigs For Coronavirus Vaccine – WHO
Citizen
Hassan Yahaya
April 8, 2020

We live in uncertain times and that can be scary. What if we promised you some form of certainty? Every day by 12 noon, we’ll bring you the latest updates on the fight against the COVID-19, both in Nigeria and Africa Nigeria’s Update from the past 24 hours: As of yesterday, 7/04/2020, these are the […]

QUIZ: Are You Ready To Get Married?
Quizzes
NerdEfiko
February 26, 2020

Are you all set for marriage, or are you still figuring it out? Well, if you’re curious to know the answer, then this is the quiz for you. All you have to do is create your own ideal Nollywood wedding film, and we’ll tell you if you’re ready to say “I do”. Go ahead:

2020 is almost over, and while we spent most of the year indoors, we are sure that didn’t stop y’all from increasing your body count. So, we’ve created a quiz that knows how many people you slept with this year. Take to find out:

QUIZ: Can We Guess What You’re Like In Bed?
Quizzes
NerdEfiko
December 11, 2019

In the past month, we’ve made quizzes that guessed the last time you had sex, how many people you’ve slept with, and just how good you are in bed. For our latest attempt, we will use your taste in Nigerian music from the 2010s to ascertain what you’re like in bed. Take to find out:

Colours are more than something the eyes see, they’re also a representation of behaviours and personalities. Take this quiz and we will tell you which colour best describes your personality. Let’s begin.

Quiz: Can We Guess What Your JAMB Score Was?
Quizzes
Toheeb Lanlehin
March 3, 2020

How well did you do in JAMB?

Everything We Know About the Killings and Protest at Ojodu Berger
Citizen
Conrad Johnson-Omodiagbe
December 7, 2021

On December 7, 2021, a truck was reported to have killed over a dozen school students in Lagos state.

Here’s everything we know.

#JusticeForSylvester: Everything You Should Know About The Dowen Incident
Citizen
Mariam Sule
December 3, 2021

#JusticeForSylvester: Here’s everything you should know about the Dowen incident.

Today’s subject on Abroad life watched Buhari’s second term election win in tears and promised he would leave Nigeria before Buhari left power. Two years later, he tells us how he managed to leave — a process that involved changing careers and getting over 800 job rejections.

Today’s subject on Abroad Life talks about getting the chance to move to the US, opting out finding out she had to move to Canada within a 3-day period, and her struggles with navigating adulthood for the first time in Canada.

From Sanwo-Olu declaring that there were no casualties after the protest, to Lai Mohammed calling the killings a “massacre without bodies”, here are 7 times the Nigerian government denied the Lekki massacre

The Lagos State Judicial Panel has released a report confirming something we already knew – the Nigerian army and police shot and killed #EndSARS protesters.

We read the report, and here’s everything we know.”

If you have plans to japa to Canada but don’t know where to start, this article has everything you need to begin your journey.

Today’s subject on Abroad Life talks about moving to Malaysia to get an education but meeting something totally different: a life where he had to evade cultists and fraudsters who needed his programming services for high-end crimes.

Today’s subject on Abroad Life moved to Ghana in 2009 after her family told her she would have a great time there. She talks about seeing xenophobia against Nigerians play out in many different forms and experiencing it herself, firsthand.

“My Family Had To Sleep At The Ghanaian Border”- Abroad Life
Citizen
David Odunlami
October 29, 2021

Today’s subject on Abroad Life has travelled to three different countries with her family. She talks about her experiences in each country, sleeping at airports and borders, and why she’s never going to Ghana by road again.