This Malawi Prison Band Has Been Nominated For A Grammy Award!

chioma | Inside Life
February 15, 2016
Share this story
Those found guilty of various crimes have been imprisoned and relegated to the back of our minds. They’ve been locked up and the keys thrown away. Most of us decide that they don’t deserve second chances. Such is the case of Zomba Prison, a maximum-security facility in Malawi.

The prison which was built during the British era, to hold 330 people, has two thousand or more at any given time.

It was to this same prison that Grammy winner and author Ian Brennan and his wife Marilena Delli, along with Kyp Malone and Tunde Adebimpe were granted access.

They gave the inmates an opportunity to record their music. It was the resulting album “I Have No Everything Here“ that’s been given a Grammy nomination.

The album has been nominated in the “Best World Music Album” category. A first for a record out of Malawi.

These prisoners still face other problems, apart from overcrowding.

Due to the prevalence of HIV and AIDS in the prison, the residents see imprisonment as a life sentence, because those that are disease free when they come to the prison more often than not end up with the disease.

The female residents also face the difficult decision of  having one child under five years of age live in the prison with them, which means they have to choose between their offspring.

With constant food shortages and overcrowding, prison conditions are particularly rough on the children. The topic is addressed in one of the more gripping songs on the album: “Please don’t kill my child” above. A lot of the prisoners have been unjustly jailed for situations where they are not the perpetrators, but the victims. Some are serving out life sentences they received as children. Ian Brennan put the album’s proceeds towards legal representation for some of the prisoners. Since the making of the album, three of the female prisoners on the album have been released.

We definitely hope that Zomba Prison Project wins the award!

Is it for everybody?

They beat him until he fell inside a gutter. 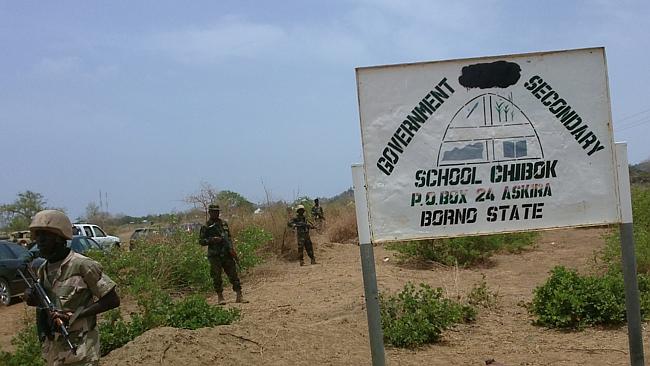 We Watched Rihanna’s Work Video and This is What We Think
Gist
Jola Ayeye
February 22, 2016

I Watched The Music Video For Eedris Abdulkareem’s “Live in Yankee” So You Don’t Have To
So You Don't Have To
Astor George
January 28, 2022

In this week’s #ZikokoSYDHT, we recapped the video for Eedris Abdulkareem’s 2003 song, “Live in Yankee; where he abandons his girlfriend to japa and then calls her from America to brag about how awesome his new life is.

These 7 Things Will Slap Inside Meat Pie
Chopist
Malakai
January 28, 2022

Since we couldn’t make these for you, we decided to share the article instead.

If you find yourself getting carried away from time to time, refer to this article to know what your body count is per time.

Does shopping on international stores make you want to pull out your hair sometimes?
It’s probably due to these reasons:

10 Trusted Ways to Ensure Your Salary Lasts Till Next Month
Inside Life
Conrad Johnson-Omodiagbe
January 28, 2022

It’s salary week and your body is probably shaking like 3310 to blow all your money. Anyway, if you know what’s good for you, you’ll read this article to avoid stories that touch.

Answer the questions in this quiz and we’ll tell you the Nigerian song that best describes your love life. Is it; ‘The Best’ or ‘Lonely’. Find out:

Welcome to a new month! We’ve complied a list of some of our best quizzes from October 2021 for you to enjoy.

Quiz: Which King of Boys Character Are You?
Quizzes
Ope
October 30, 2019

Kemi Adetiba’s King of Boys movie got a lot of things right, especially casting, so yes, it was a monster hit. Now, we know you may not have put much thought to this, but the personalities of some of the characters closely match yours, and we would like to help you find the perfect match. […]

QUIZ: Can We Guess How Many Hearts You’ve Broken?
Quizzes
NerdEfiko
December 3, 2019

Are you a professional Yoruba demon? Are you walking around in search of whose life you can wreck at any given time? Well, this quiz knows exactly how many hearts you’ve shattered to date, and before you lie that your result is inaccurate, just remember that Zikoko is never wrong. Now, take it and be […]

QUIZ: Which Nollywood Actor Is Your Soulmate?
Quizzes
NerdEfiko
November 28, 2019

There are so many talented and stunning Nollywood actors that make it hard not to fall in love with them. So, while we all know the likelihood of us ending up with any of them is super low, it’s still fun to imagine a world where we actually stood a chance, and that’s why this […]

QUIZ: Can We Guess Your Relationship Status?
Quizzes
NerdEfiko
November 12, 2019

Are you a single pringle, stuck in a complicated situationship or happily married to the love of your life? This quiz is here to guess your current relationship status, and as you know, Zikoko quizzes are incredibly accurate (don’t quote us). So, give a shot:

Today, we are going to be using your taste in music to determine how good you actually are in bed. All you need to do is create the ultimate Nigerian hit — from the lead artist to the producer — and we’ll tell you if all your partners leave satisfied, or if you are just […]